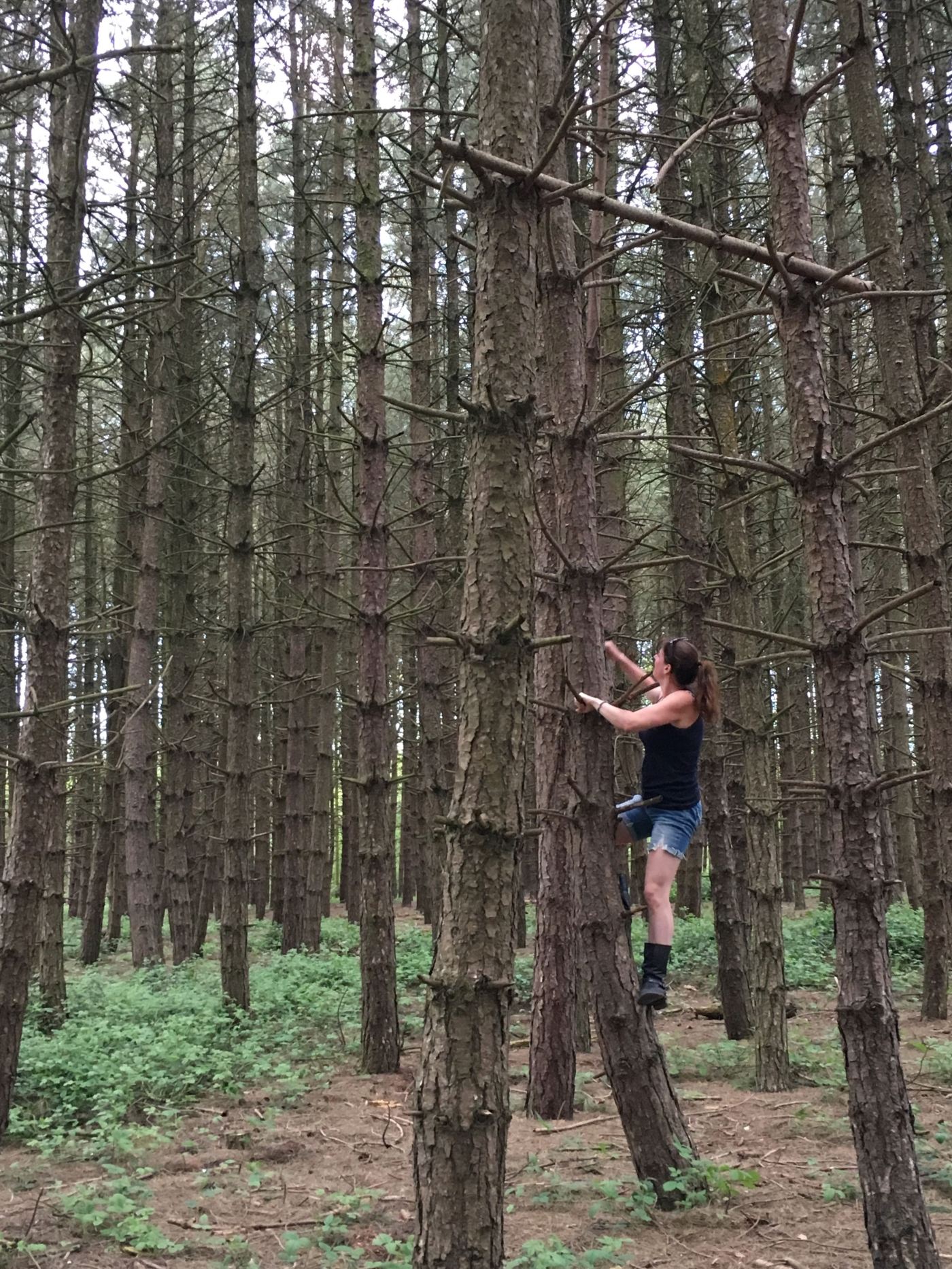 “In the next two weeks we will show all that has made London one of the greatest cities in the world. The only city to have welcomed the Games three times. Each time we have done it when the world faced turbulence and trouble. And each time the Games have been a triumph.” Sebastian Coe

I can’t lie, the London section of our Journey was one I felt I would endure rather than enjoy. However a fun evening, meeting random strangers, eating at Shakespeare’s Globe and a good nights sleep has revitalised us for a day of many miles and many counties.

Before we left Greater London, we swung past London’s Queen Elizabeth’s Olympic Park for a quick photo and to reminisce of that warm summer 6 years ago when the world visited and together watched our generations greatest athletes.  It’s heartening to see the redevelopment of the area in a thriving community which still inspires sporting achievements. (On a personal side note, the London 2012 Olympics started my involvement in 2012hours and then Winchester SALT, a charity that promotes community participation in sport and the arts in Winchester  – http://www.winchestersalt.org.)

Those Olympics brought out so many emotions, much like the myriad roads that we need to take to leave the area. Country driving is SO much easier than navigating cities.  Note to self – we haven’t actually scheduled in any food, drink or bathroom breaks. Must stay more hydrated!

“England has greater counties Their peace to hers is small; Low hills, rich fields, calm rivers, In Essex seek them all.” S P B Mais and Tom Stephenson

The reality of trying to see all of England is that we are now becoming acutely aware of all that we’re missing. Wonderful location suggestions by friends and family on social media leave us aching to explore more. We’re also at the mercy of our tightly packed schedule, and so some counties we get to see very little of. Essex is one of these counties.

Although maligned in popular culture, the county has a rich history and beautiful country and coastline that we’re sad we can’t explore further. We break our schedule in Colchester to explore the castle and grab a late breakfast. The first buildings on the castle site, the Temple of Claudius, was built by the Romans 2000 years ago and then destroyed in AD 60 by the Boudica Queen of Iceni.

We’re then distracted by bacon butties, lovely waffling Essexians (is that a term?) and a desire to go all Viking again, so it’s off to Suffolk.

“How sweet and beautifull is every place & I visit my old Haunts with renewed delight… nothing can exceed the beautiful green of the meadows which are beginning to fill with butter Cups — & various flowers — the birds are singing from morning till night but most of all the Sky larks — How delightfull” is the Country. John Constable – Letter to his wife, Maria Bicknell (20 April 1821)

Ahhh, East Anglia, the land of my Mothers.  My great great Grandmother Charlotte was banned from every pub in a ten-mile radius of Leiston in Suffolk for being a lush, so I have proud history in this part of the country.  We’re heading to the most Eastern point of our travels, Sutton Hoo in Suffolk. To put it mildly, Becks and I love Vikings, especially after our January adventures in Shetland at Up Helly Aa, and I’ve been keen to visit this place since childhood. The site of Anglo Saxon burial mounds, with artefacts dating back to the sixth and seventh century, Sutton Hoo holds the secrets to many of the early Viking, German and Dutch immigrants who irrevocably shaped our island’s culture and language. They named us “The Land of the Angles” which history changed to ‘England’.

The Sutton Hoo exhibition highlighted great photographs and artefacts from the burial mounds. More importantly it gave us the chance to don a helmet and pretend to be a Viking.  I’m sure I heard  someone whisper that they were for the kids, but we were certainly the youngest visitors there by a good twenty odd years.  The burial mounds themselves have been covered and are now just scenic lumps in the ground.  Still, it was a good excuse for a breezy country walk on a sunny May day.

All this Anglo Saxon history has reminded me that my Grandmother’s Maiden name was Gooderham, which derives from 6thCentury Vikings. Maybe this is the land of my Fathers as well!

‘I am still reeling with delight at the soaring majesty of Norfolk.’ John Betjeman

My great grandfather left Norfolk in the early 20th century with a price on his head. He was a little too good at game keeping and the poachers wanted him gone, which is how my family ended up in Gloucestershire.  It seemed somewhat appropriate, therefore, to visit Thetford Warren Lodge for our jaunt into Norfolk. Built in the 1400’s, the lodge was the home for bunny gamekeepers and at one-point lepers, up until the 1930’s.

Now a burnt-out building on the edge of a pine wood, the walls still ring with the echo of guns, albeit from the Clay Pigeon Shooting in the country club next door. The ghost of a giant bunny with coal red eyes is said to haunt the space, which if seen predicts impending doom. Happily, we only saw mosquitos and animal droppings.

The Thetford Warren Lodge was also the site of our first jungle wee. Proof, I guess, that we’re drinking enough water.

“One, remember to look up at the stars and not down at your feet. Two, never give up work. Work gives you meaning and purpose and life is empty without it. Three, if you are lucky enough to find love, remember it is there and don’t throw it away”- Stephen Hawking

Where to go in Cambridgeshire? This county best represents the decision-making process we went through in organising our trip.  Punting on the Cam? Strolling along The Backs (of the impressive university colleges)? We finally settled on visiting the Scott Polar Research Institute to learn all about exploration in the polar regions, however a little research later and we realised that time was not on our side.

But Cambridgeshire is where Becks has history. She lived here for 8 years and Amy, her daughter (my goddaughter), was born here, so the place holds memories.  Some of her best were of Grantchester Meadows and the Orchard Tea Gardens, a nature reserve on the River Cam where a perfectly civilised tea and cake could be consumed in deck chairs whilst imitating the Grantchester Group. The Grantchester Group of literary fellows, including Virigina Woolf, Rupert Brooke, John Maynard Keynes and Bertram Russell, used to hang out and look ‘cool’ at the meadows, a feat I fear we failed miserably at, despite out best efforts.  We did manage to use a proper toilet though, so I’ll take that for a win.

An earlier decision to skip a little seaside dip in the Sea off Suffolk put us ahead of schedule, so it seemed only right to visit Papworth Everard, home of Stephen Hawking and pay a little homage to the great man. Unfortunately, with Cambridgeshire traffic this side trip wasn’t a brief history of time *sigh*.

Northamptonshire. I’m sure you’re lovely, but bad traffic and a need for beer meant that our trip to Fineshade Wood was somewhat cut short.  Becks did try to climb one of your trees though and for that I apologise. You were also the location for jungle wee number 2.

We really need to get better at scheduling in loo breaks!

And so at 7.30pm, we roll into Rutland. The place is deserted and a certain zombie like quality hangs in the air which only dissipates when we see a brace of ducks (a good sign, I’m sure they’d be eaten first in a zombie apocalypse).  With a pre-requisite picture taken of the lake, we find the nearest bar for a pint of the local ale (Rutland Osprey, its quite lovely). Its like being thrown back in time to the 80’s and to cap off the strangeness there’s a group of drunk French people taking the micky out of everyone.

I think I’ve had enough of today. Its time to find my good friend Jack (Daniels) for a quick night cap, and then to bed.